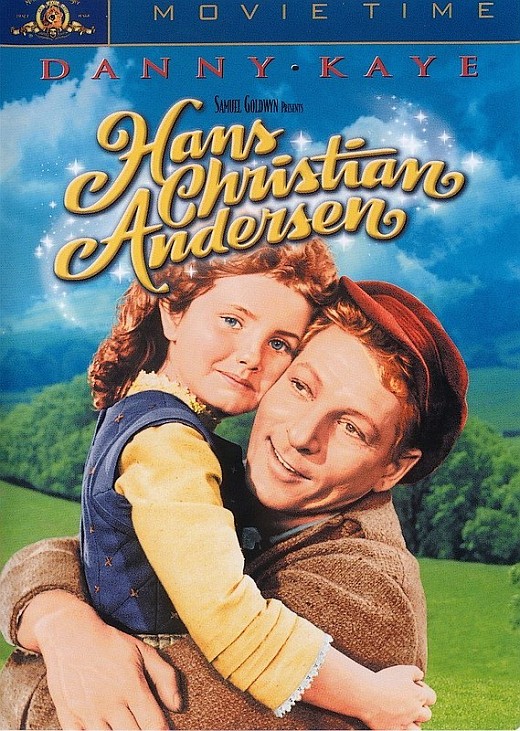 The Little Mermaid, who has no other name, lives with her father the sea king, her grandmother and five sisters. The sisters, who are each spaced a year apart, visit the surface when they turn 15 to learn about that alien world. The Little Mermaid is enchanted by their tales of the world above the sea and of people who walk on the land.

The Little Mermaid's grandmother explains that human beings don't live very long, much shorter than their own 300 years. Human beings, though, have souls that are eternal, whereas mermaids simply turn to sea foam. This sets the Little Mermaid to thinking, because she thinks it would be nice not only to be with the prince, but also to have an eternal soul.


The Little Mermaid drinks the potion and swims to shore and quickly meets the prince, who is enchanted by her great beauty and grace. The Little Mermaid cannot speak, but the prince loves the way she dances. The Little Mermaid dances for the prince even though it pains her greatly. The prince's father, though, orders him to marry a neighboring kingdom's princess, which the prince does not want to do. Rather, he wants to marry the girl who saved him at the temple. In a remarkable coincidence, the girl at the temple turns out to be the princess from the neighboring kingdom, sent to learn the ways of the temple. The prince falls in love with the other princess, the wedding is announced, and the nuptials take place .


The Little Mermaid thinks about it, but she cannot bring herself to stab the man she loves, even though he lies with another woman. At dawn, the Little Mermaid throws herself into the sea and dissolves into sea foam, as expected. However, a curious thing happens: when the sun touches the sea foam, the Little Mermaid turns into a spirit, a daughter of the air. The other daughters of the air explain that, if the Little Mermaid does good deeds for the remainder of her pre-transformation lifespan, she will earn an eternal soul. However, everything depends upon the children of the world. Each good child that she finds will reduce the time until she gets a soul by a year, while each bad child would extend her time by a day.

First things first: when Disney decided to make a film about Hans Christian Anderson's beloved heroine in "The Little Mermaid," they looked around for a suitable model. They wanted a cute girl with bright eyes, an engaging smile and lustrous, wavy hair. They finally settled on child star and developing singer Alyssa Milano, then starring in "Who's the Boss" with Tony Danza. The resemblance continues to this day. Alyssa went on to many other terrific projects, but for many, her true immortality rests with a project she never actually worked on, namely, Disney's "The Little Mermaid." 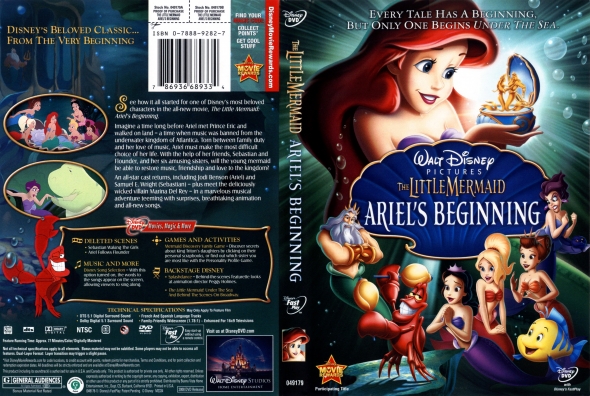 
King Triton (Jim Cummings) and Queen Athena (Lorelei Hill Butters and Andrea Robertson) have seven young daughters in their underseas kingdom of Atlantica. Ariel (Jodi Benson) is the youngest and most precocious daughter. Everybody loves music, and Triton gives his dear wife Athena a music box. While enjoying it, she is crushed to death by a pirate ship. After that, Triton cannot bear the thought of music and banishes it from the kingdom.

A new governess, Marina Del Rey (Sally Field), is selected to raise the girls. She and her assistant, Benjamin (Jeff Bennett), look after them diligently, though Marina secretly longs to be Triton's Chief of Staff instead. Ariel in particular resents not being able to enjoy music and seeks it out whenever she can.


Ariel meets Flounder (Parker Goris), who also enjoys music. He leads her to an underwater music club, the "Catfish Club." To her surprise, she sees the king's chief adviser, Sebastian the crab (Samuel F. Wright), performing. Ariel the little mermaid is delighted to find a place to enjoy her passion. Despite the others' fear that she will reveal their secret, they allow her to join the club.


Excited, Ariel later tells her sisters about the club. The next night, they all go to visit. Marina finds out about it and sees her opportunity. She informs Triton, who throws Sebastian, Flounder and the band in jail and grounds the girls. He promotes Marina to be his chief advisor, the position she always wanted.


Ariel confronts her father about the ban on music, but his mind is so made up that he won't even talk about it. That night, Ariel decides to run away. She frees Sebastian and the others from jail and they all leave Atlantica. Sebastian leads them to Athena's old music box, and this inspires her to return the music box to Triton in hopes it will soften his heart about music.


Marina, though, appears and blocks their return path. She worries that if Triton lifts the ban on music, he will release Sebastian, restore him to his position, and she will be demoted. She and her minions (electric eels) fight Ariel, Sebastian and the others in a final showdown. Ariel gets knocked out, but Triton happens by and sees what is going on. The entire incident makes him think long and hard about the whole music issue.

The Film that Started the Disney Movie Renaissance


In this "The Little Mermaid," Ariel the little mermaid (Jodi Benson, who since has gone on to roles in the "Toy Story" franchise besides the two sequels to this film), is the youngest daughter of King Triton (Kenneth Mars). She is dissatisfied with her life in the sea. In a classic case of "the grass is always greener," she longs to live with the humans who walk on land.


Ursula's deal with Ariel the little mermaid turns Ariel into a human for three days in return for Ariel giving Ursula her voice for that time. Ursula carefully puts the voice in a nautilus shell for safe-keeping. If Ariel receives the "kiss of true love" in that time (see Snow White and the Seven Dwarfs" and "Shrek Forever After"), then she may stay on land; otherwise, she reverts to being a little mermaid and becomes Ursula's slave. Ariel the little mermaid hurries to the surface and quickly finds her man, Eric, walking on the beach.


Ariel (Jodi Benson) and Prince Eric (Rob Paulsen), together since the demise of Ursula at the end of "The Little Mermaid," have a daughter, Melody (Tara Strong) on a ship. Ariel's father, King Triton (Kenneth Mars), presents Melody with a special locket. Ariel, though, decides not to tell Melody of her sea heritage, and tosses the locket in the sea and builds a wall between the castle and the water.

Morgana (Pat Carroll), Ursula's sister, wants Triton's trident, which gives power over the creatures of the sea, so she almost manages to kidnap young Melody. Ariel and Eric work against her to foil her plot. When Melody is twelve, she goes swimming against her mother's orders and finds the locket, which has her name on it. When Ariel refuses to talk about it, Melody runs away from home by boat. Ariel, frantic, has Triton turn her back into a mermaid in order to search for her.


News of Melody's departure soon reaches Morgana, who lures Melody to her lair with the help of Undertow (Clancy Brown) and her manta minions Cloak and Dagger. She transforms Melody into a mermaid, who is happy to become one. Melody steals Triton's trident, which Morgana says will enable her to remain a mermaid forever. With the trident, Morgana becomes power-mad just as her sister did while in possession of the trident.


After capturing Ariel and holding her hostage, Morgana rises to the surface to proclaim her power. Eric and his allies Triton, Sebastian the crab (Samuel E. Wright) and Scuttle the seagull (Buddy Hackett) arrive to rescue Ariel. Melody, wishing to save her mother, helps to overpower Morgana, and Triton recovers his trident. Triton then offers Melody the opportunity to become a mermaid permanently if she wishes, but Melody has a better idea.

Disney finally announced release of a Blu-ray version of "The Little Mermaid." This will be the long-awaited "Diamond Edition." It will come out on October 1, 2013 in the United States in multiple versions. Unfortunately, there is no overseas release date yet.   Mermaid will be released in four different versions: A Blu-ray/DVD Combo in BD packaging (top), the same set in DVD packaging, a Blu-ray/DVD/Digital Copy Combo and, confirming previous rumours, a Blu-ray 3D/Blu-ray/DVD/Digital Copy/Music Download Combo.

The bonus features will include:
Below is the new Diamond Edition trailer:

Below is Ariel The Little Mermaid singing one of her most-loved tunes.